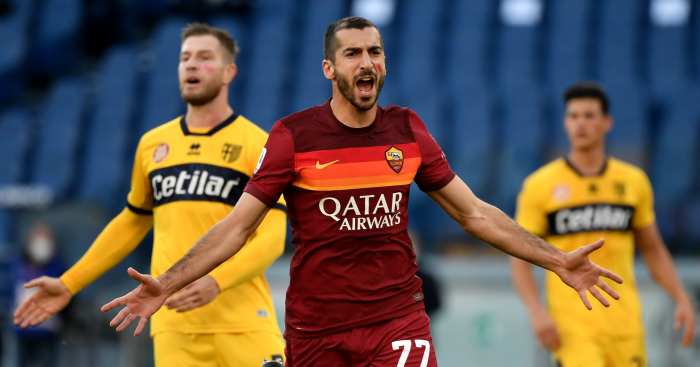 Henrikh Mkhitaryan may have underperformed at Manchester United and Arsenal, but the attacking midfielder proved his class with a stunning goal in Roma’s 3-0 victory over Parma in Serie A on Sunday.

Mkhitaryan spent the 2019-20 season on loan at Roma from Arsenal, scoring nine goals in 27 appearances. The Gunners then cancelled the Armenia captain’s contract, allowing Roma to sign the player on a permanent deal.

Freed from the glass fishbowl environment of the Premier League, Mkhitaryan has thrived in Serie A this term with five assists and six goals in 11 games this season – albeit none as spectacular as his strike during Roma’s win over Parma.

After being teed up 30 yards from goal, Mkhitaryan crashed the ball home; the Parma goalkeeper did attempt a dive, but he may as well not have bothered.

At 31, Mkhitaryan will be hoping the autumn of his career produces many more moments like this.