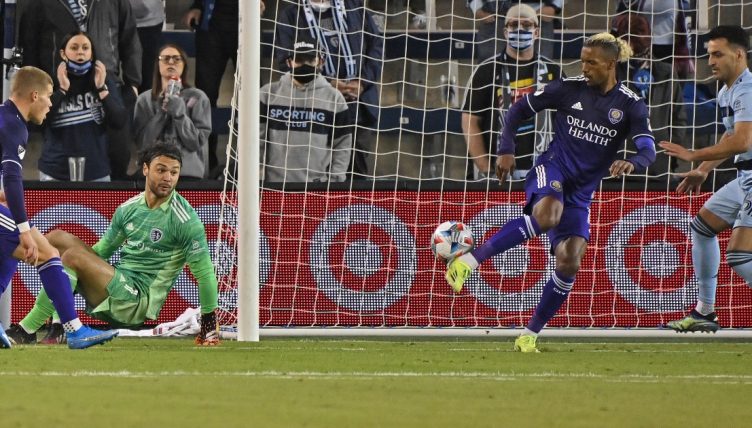 Manchester United fans will be pleased to learn that Nani still hasn’t lost his old flamboyance.

Nani never quite matched the heights of his Portuguese compatriot Cristiano Ronaldo at Old Trafford, but he burned brightly for a time, while rubbing salt into Arsenal’s wounds with a seal dribble helps ensure that he’s fondly remembered.

It’s six years since the former Portugal international left United, with stops at Fenerbahce, Lazio and Sporting Lisbon since then. In 2019, he made the switch to MLS, and has been dazzling American audiences with his audacious skills at Orlando City.

Nani’s latest goal wasn’t exactly the most difficult to execute, as the ball ricocheted to him just outside the six-yard box, with an open goal gaping, but he made sure he did it with a certain flourish.

Facing the wrong way, the 34-year-old casually flicked out his leg and sent the ball looping out of the goalkeeper’s reach and over the goal-line.

It was a 78th-minute equaliser against Sporting Kansas City and it ended 1-1 in the end on the night.