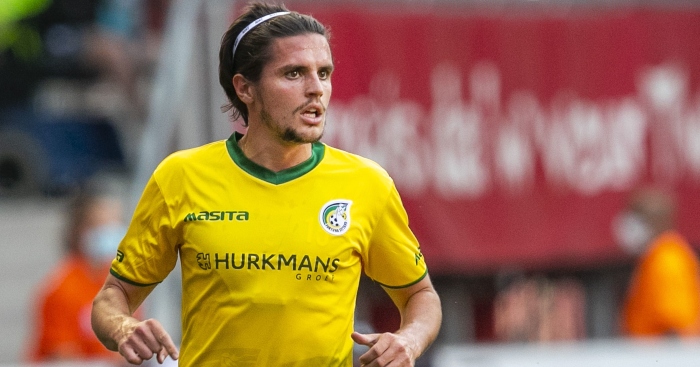 Sometimes life can provide career opportunities that nobody would have predicted. Just ask George Cox. The 22-year-old former Brighton defender must have thought his chances of playing elite football had ended after undergoing heart surgery in 2018.

But Cox has rebuilt his career, first with a loan switch to League Two Northampton Town followed by another loan spell with Eredivisie side Fortuna Sittard.

Having made a permanent switch to Holland this summer, for a princely sum of just €50,000, the left-back put in an impressive performance against the mighty Ajax – albeit in a 5-2 defeat.

Cox opened the scoring by finishing off a neat team move with a drilled finish, but he saved his best until last.

Running onto a loose ball outside the area, Cox unleashed an unstoppable left-footed piledriver that flew past Andre Onana.

But we applaud those players brave enough to test their ability in a foreign land, swap Northampton for the Netherlands, and end up scoring outrageous goals against Ajax.

Indeed, for one moment, we could have mistaken George Cox for Roberto Carlos.

An ode to Daley Blind, the slender defender who defies modern logic