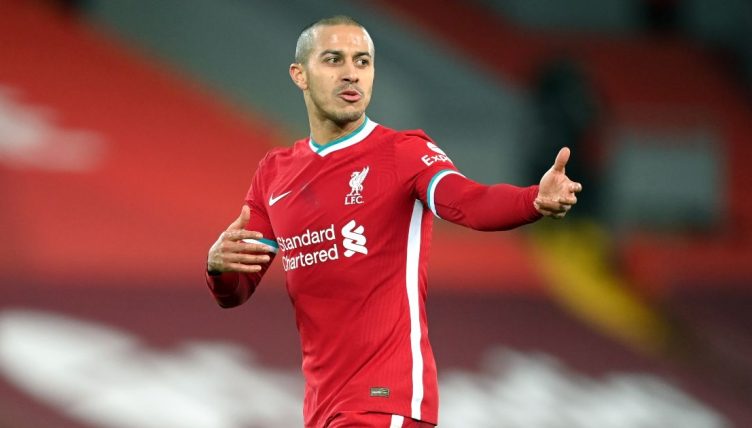 While Thiago shows incredible composure on the ball, the Liverpool midfielder’s approach to tackling would make even Paul Scholes wince.

Since joining the Reds in 2020, he has shown plenty of tenacity in the middle of the park, receiving four yellow cards in 16 Premier League appearances.

Judging by an old clip that has surfaced on social media, the Spain international has always been fond of the odd reckless challenge.

A four-year-old Thiago is seen playing alongside his brother Rafinha on the pitch at Celta Vigo, where their father Mazinho played in the 1990s.

The duo challenge for the ball, but Thiago ends up kicking Raphinia between the legs, leaving his brother rolling on the floor in agony. He then has a cheeky little smirk before walking away with the ball.

You just can’t teach that.