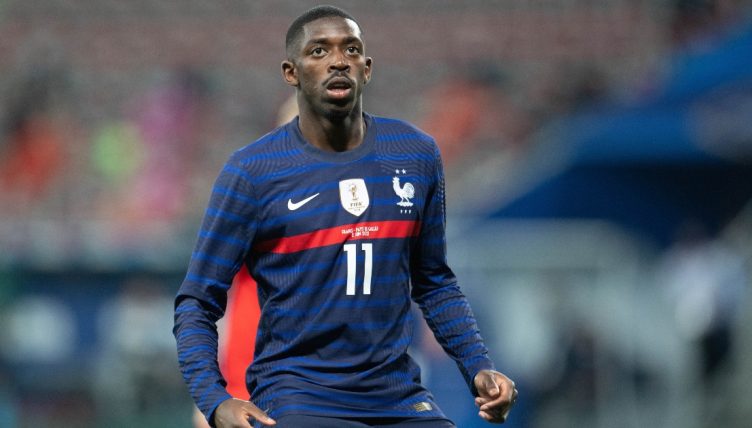 Ousmane Dembele came off the bench during France’s Euro 2020 match with Hungary and instantly hit the post with a fierce effort.

France had dominated the first half of Saturday’s match in Budapest but trailed at half-time to Attila Fiola’s solo goal.

And the Barcelona forward made an instant impact with a mazy run and shot that spanked the Hungary upright.

Dembele collected the ball and cut infield from the right flank, chopping back outside a couple of defenders and whacked a shot that left Hungary goalkeeper Peter Gulacsi was helpless.

Unfortunately, the ball rebounded off the post and away from danger.

It didn’t result in the goal, but Dembele illustrated his immense talent with a scintillating dribble and shot.