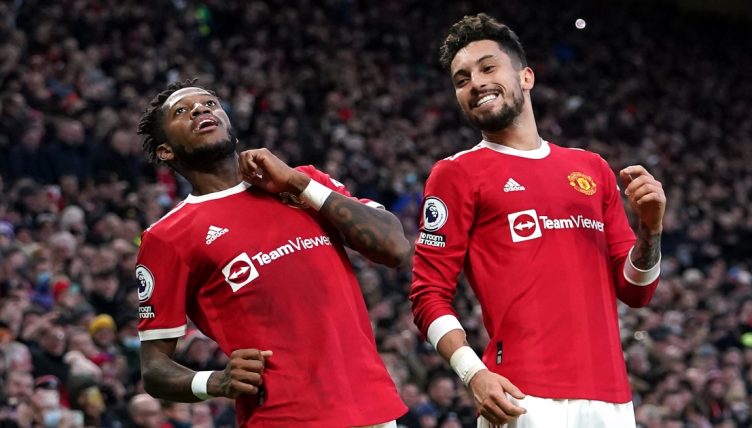 Fred was the matchwinner as Manchester United got the Ralf Rangnick era off to a winning start – and the midfielder celebrated accordingly.

United beat Crystal Palace 1-0 on Sunday to secure their second Premier League win in a week, with Fred scoring the decisive goal with a beautiful strike from outside of the area.

And the unlikely hero marked his moment of glory with a hilarious celebration alongside Alex Telles.

After sliding across the Old Trafford pitch, the two United men engaged in a choreographed funny walk that wouldn’t have looked out of place in a Monty Python sketch.

With the Rangnick regime off to a successful start, United will face Young Boys in their final Champions League group game on Wednesday evening.

This celebration from Fred and Telles pic.twitter.com/DeR3yjRay0