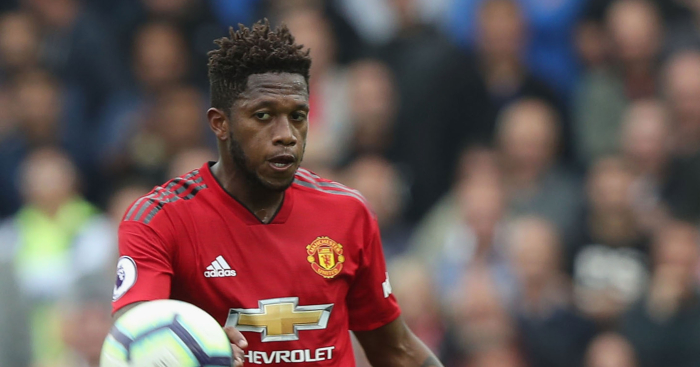 Glenn Murray was less than impressed by a rash challenge from Manchester United midfielder Fred in Brighton’s 3-2 victory over the Red Devils on Sunday.

Brighton inflicted a surprise first defeat of the season on United only a week after losing their opening game of the season at Watford.

Murray opened the scoring for Brighton with a neat finish in the 25th minute, and the hosts did not relinquish the lead for the rest of the game.

Shane Duffy doubled their advantage moments later, but Romelu Lukaku pulled one back for United.

Minutes before Pogba’s goal, Brazilian midfielder Fred had a heated exchange with Murray after a wild challenge just failed to connect with the striker – although he nearly caught team-mate Luke Shaw.