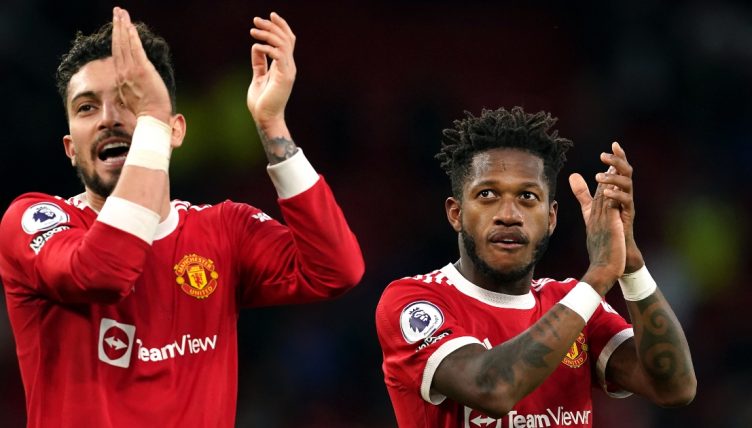 Fred was signed by Mourinho in a £52million deal in 2018 but struggled for regular opportunities under the manager, who was sacked by United in December 2018.

The midfielder turned things around during Ole Gunnar Solskjaer’s tenure and has also been one of United’s best performers under Ralf Rangnick.

He registered assists in each of his first three appearances in 2022 and was unsurprisingly named in United’s starting Xl against West Ham.

The Brazil international had United’s first shot on target in the game, forcing a good save from Alphonse Areola in the 49th minute. But he was later replaced by Edinson Cavani as United looked for a winning goal.

After Marcus Rashford scored in the 93rd minute, Fred then left the dugout and ran to celebrate with his team-mates.

The celebration evoked memories of Mourinho running down the Old Trafford touchline to celebrate Porto’s last-minute equaliser against United in 2004.

While Rangnick didn’t produce a similar celebration, the German couldn’t hide his delight during the post-match interviews.

“I also enjoyed the other wins, also the win at Brentford, which was as important as the win today, but this was an extremely emotional game,” Rangnick said.

“An extremely emotional moment if you score in the last second of the game, knowing that there is no time anymore for the other team to reply.

“It was extremely emotional, I can only say thank you to the red army. The way that they supported the team all through the game – they pushed us and carried us through the game. It was amazing.

“Since I have arrived, in home games it was by far the best atmosphere in the stadium.”

This is easily the second best view of the goal. You can see everyone, the way all the outfield players run towards the Stretford end, the way Fred runs out from the dugout – simply beautiful! 😍 pic.twitter.com/7RYgLqLFcV