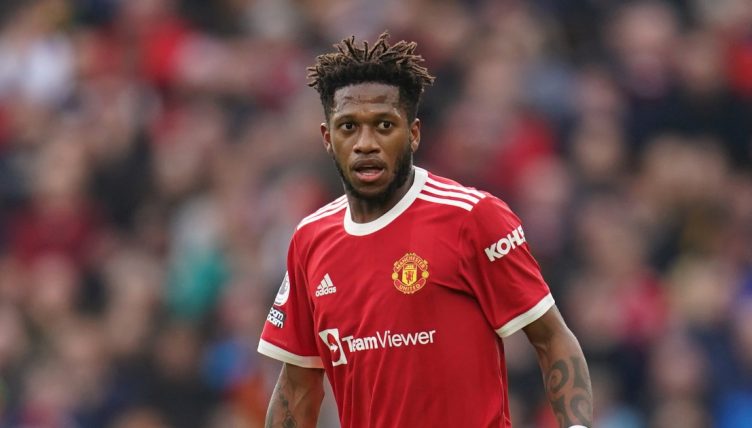 Fred has been one of Manchester United’s best players under Ralf Rangnick and illustrated this fact with an expert piece-of-play during Saturday’s 3-2 win over Tottenham.

United won the game through Cristiano Ronaldo’s stunning hat-trick but Rangnick didn’t forget to praise Fred, who deputised for the injured Bruno Fernandes, in his post-match interview.

“He is probably, together with Scott McTominay, the best ball-winner,” said Rangnick.

“The best player when the other team is in possession but he also showed today in quite a few counter-attacks and transitional moments, that he is also able to play, the number of balls he gave and an assist.

“It was also one of his best games since I was here.”

Completing all four of his dribbles and recovering the ball eight times shows what kind of all action display the Brazil international put in.

And one moment of quality was highlighted after the game and should act as rebuttal for those who doubt Fred’s quality.

The midfielder brilliantly slipped the ball through the legs of Rodrigo Bentancur and raced upfield, taking advantage of the chasm at the heart of the Spurs midfield.

After taking the ball into the opposition half, the 29-year-old found Marcus Rashford with a clever pass which drew the appreciation of the United supporters.

It was the type of performance that showed why Jose Mourinho spent £50million for his signature back in 2018.

But Fred has often been forced to play without a defensive midfielder behind him during his time at Old Trafford and his reputation has suffered for it.

Manchester United know they need a defensive midfielder but it’s fair to say Fred equally needs one too if he wants to continue to shine.

Fans were certainly impressed with his performance and the hope is he can continue to have the platform to put in similar shifts.