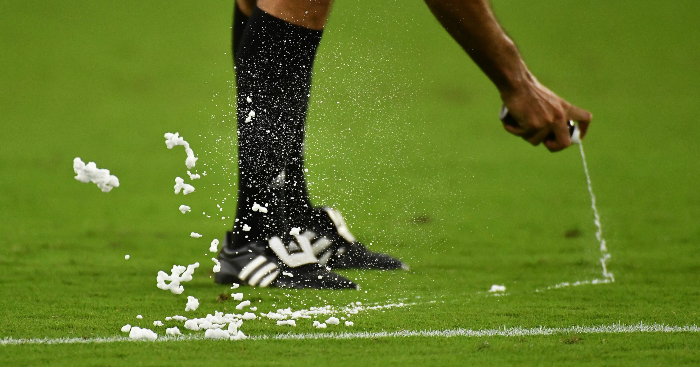 In the closing moments of a Ligue 2 fixture between Metz and Brest, referee Yohann Rouinsard handed his cards out and wrote a thankyou message on the pitch after officiating his last game.

The two teams have both secured promotion to the top flight, but they weren’t the only ones in good spirits at the end of the match as the 45-year-old referee got out the vanishing spray and marked “Merci” on the pitch.

Somewhere near Tranmere, Mike Dean is already plotting how he can go one better.