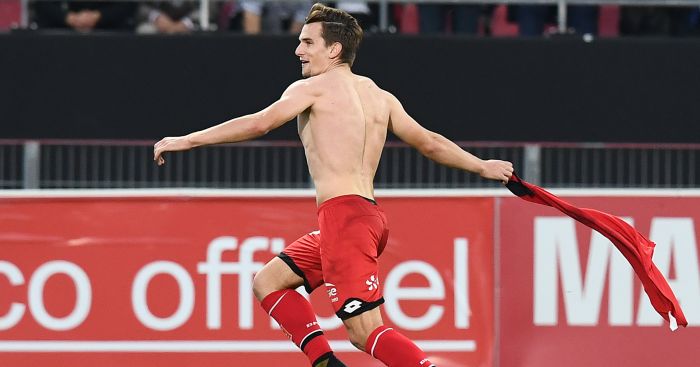 Benjamin Jeannot scored possibly the goal of the Ligue 1 season so far in Dijon’s 2-1 defeat to Paris Saint-Germain on Saturday.

Thomas Meunier gave PSG the lead in the 70th minute after Kylian Mbappe had missed a host of chances to put the visitors ahead.

However, with only three minutes left on the clock, Jeannot struck the most wonderful volley from outside the box to draw Dijon level with barely any time to go.

It was some effort…

PSG were not finished there, though, and Meunier popped up again in injury time to rescue all three points for the visitors, who had dominated much of proceedings.

Meunier’s two goals now take him to seven for the season for club and country, while the victory means PSG are top of Ligue 1 and six points clear of second-placed Monaco.

Watch: Lucas jokes about getting mistaken for Alonso by Redknapp

Watch: Gary Neville admits he expected to be punched by Liverpool supporters