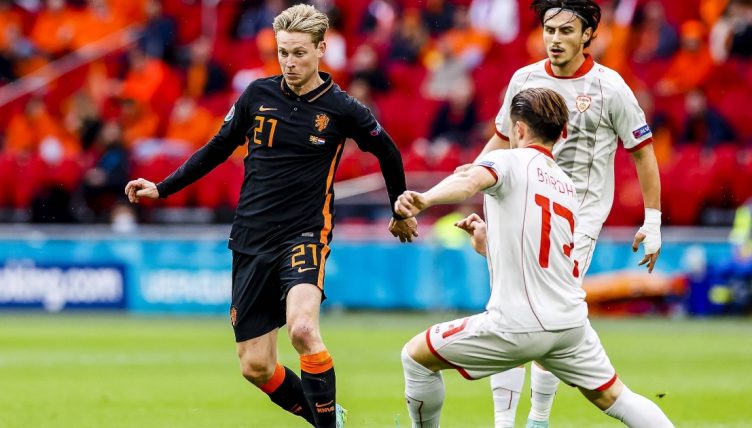 Almost immediately after kick-off at the Johan Cruyff ArenA, the outrageously talented De Jong received the ball near the touchline with two defenders bearing down on him. Some players would have panicked. De Jong was as cool as a polar bear’s toenails.

The 24-year-old Barcelona man took a single touch with his right before spinning a full 360 degrees, evading his two markers and slipping a pass between two further opposition players.

It was just the start for De Jong, who put in another stellar performance. In his 79 minutes on the pitch, he had 77 touches, completed three take-ons, made two tackles and made 10 passes into the final third – including one to Donyell Malen that helped create Georginio Wijnaldum’s second of the game.

De Jong had also drawn lavish praise for his two other displays in Group C games against the Ukraine and Austria and if he carries on the way he’s going may well put himself in contention for the player of the tournament gong.

Day 378 of me not fully realizing that we got Frenkie De Jong , the most talented midfielder in the worldpic.twitter.com/MmliWezJBL