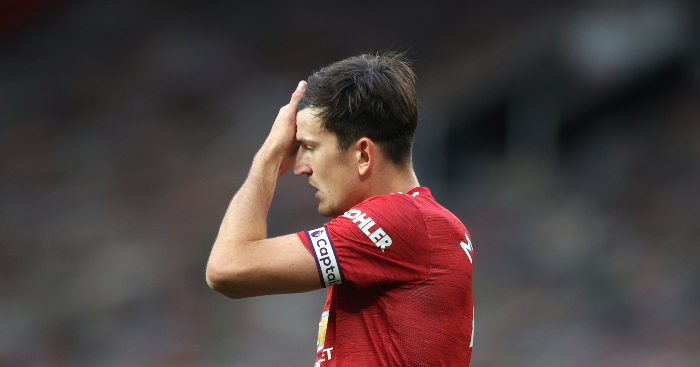 United took the lead after just two minutes as Bruno Fernandes converted from the spot, but the hosts were already 2-1 down by the time Anthony Martial received a red card for a controversial clash with Erik Lamela.

By half-time, United were trailing 4-1, prompting Evra to go on a wonderful rant in which he suggested not a single player in the United team was good enough to justify their place.

Evra’s mood was hardly lifted by United’s display in the second half as they conceded two more goals to gift Jose Mourinho a happy return to Old Trafford.

The former United favourite appeared almost tearful as he went on another rant at full-time, with one of his most eye-catching comments being his suggestion that captain Maguire should be dropped amid criticism for his centre-back partners Victor Lindelof and Eric Bailly.

"I really would like to end my contract with Sky – I know you have to have some filter when you talk on TV." 😳