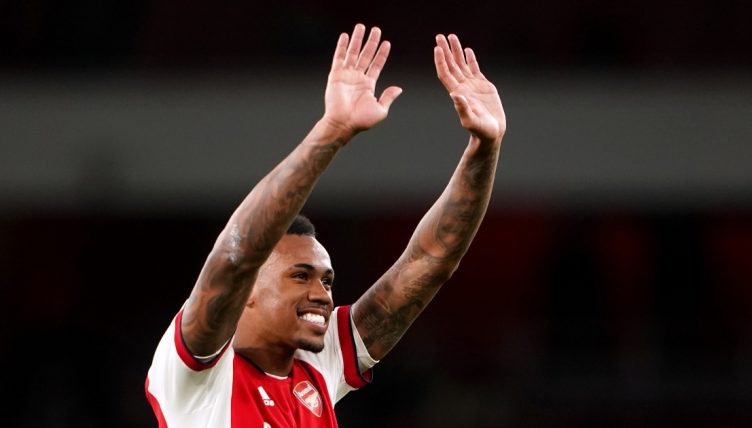 Arsenal got back to winning ways with a 3-0 victory over Southampton on Saturday afternoon – and Gabriel marked the upcoming birth of his child during his goal celebration.

The Gunners were looking to bounce back following Monday’s defeat at Everton and, after a tricky opening period, eased past their opponents at the Emirates.

Goals from Alexandre Lacazette, Martin Odegaard and Gabriel sealed the three points for Mikel Arteta’s side and our attention was drawn to how their third was celebrated.

Gabriel picked up the match ball and shoved it under his shirt, making a heart-shaped sign with his hands as his team-mates converged around him.

It would appear as if the defender’s partner, Gabrielle Figueiredo, is pregnant although there is no official confirmation.

After the game, Arteta told reporters: “We created more chances to score so I think we did really well and after a defeat it is always good to get a performance like that and a result.”

The seven players Arsenal signed alongside Alexis and how they fared