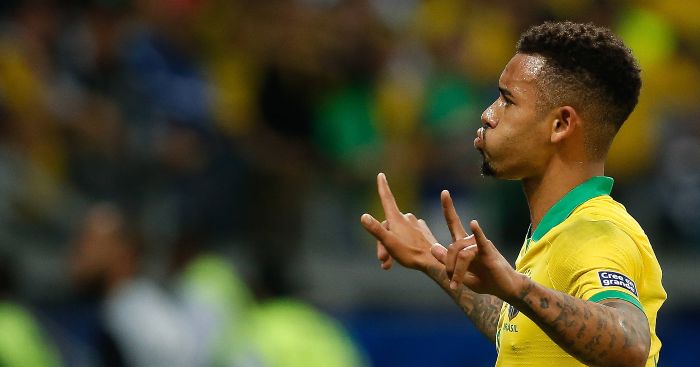 Manchester City forward Gabriel Jesus was at his best as Brazil beat Argentina 2-0 in the Copa America semi-finals on Tuesday night.

Jesus opened the scoring in the first half and later provided the assist for Roberto Firmino to complete the scoring as Brazil set up a clash with either Chile or Peru in the final.

And Jesus also produced a brilliant piece of skill to create a chance for Philippe Coutinho, only for the Barcelona midfielder to blaze the ball high and wide.

This is a very good contender to be a later entry for our greatest goals never scored series.