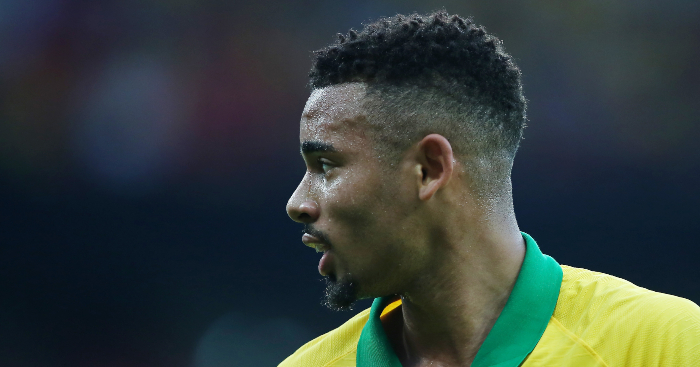 Brazil may have been jeered by their own fans in their 3-0 victory over Bolivia in the opening game of the Copa America – but Manchester City forward Gabriel Jesus at least gave supporters something to smile about after coming off the bench.

Liverpool’s Roberto Firmino started ahead of Jesus, but Brazil were booed off at half-time in Sao Paulo after a lacklustre opening 45 minutes.

Philippe Coutinho eventually broke the deadlock from the penalty spot and went on to double the hosts’ advantage with a header before Everton rounded off the scoring late on.

And Jesus came off the bench to replace Firmino and soon after produced this superb backheel nutmeg to leave Bolivia’s Diego Wayar in his wake.