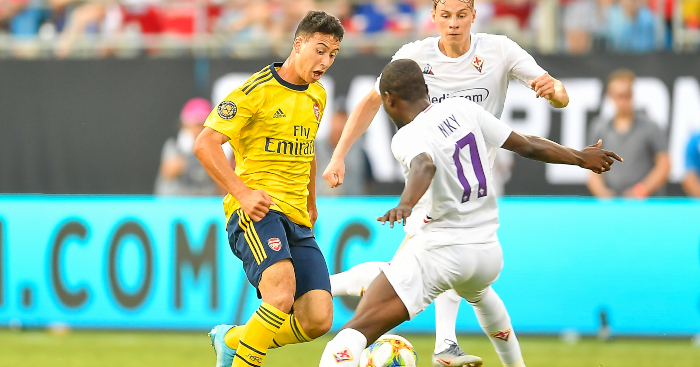 Gabriel Martinelli almost scored one of the goals of pre-season as Arsenal beat Fiorentina 3-0 in the USA.

Having previously spent time on trial at Manchester United and Barcelona, Martinelli joined Arsenal from Ituano this summer after being called up to train with Brazil’s senior squad ahead of the 2019 Copa America and is one of 13 young players being given a chance to impress Unai Emery in the states.

The 18-year-old scored on his first appearance for the Gunners in the 3-0 victory over Colorado Rapids and almost bagged again against Fiorentina.

Martinelli burst through on goal after a brilliant run from his own half, nutmegging a Fiorentina defender on the way, only to agonisingly place the ball the wrong side of the post.