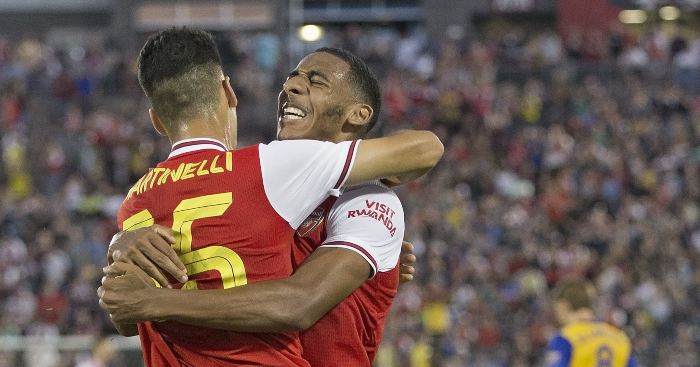 Gabriel Martinelli got his Arsenal career up and running with a goal on his first appearance for his new club in the 3-0 pre-season victory over Colorado Rapids.

Having previously spent time on trial at Manchester United and Barcelona, Martinelli joined Arsenal from Ituano this summer after being called up to train with Brazil’s senior squad ahead of the 2019 Copa America.

Still just 18, the forward is not expected to be a regular for Unai Emery in the Premier League next term but gave a good account of himself in his first game in an Arsenal shirt.

Fellow young players Bukayo Saka and James Olayinka also caught the eye with goals – the latter with a brilliant long-range strike – and Martinelli rounded off the scoring by finishing off a slick team move.