Watch: Gabriel Martinelli goes down as Arsenal denied another pen 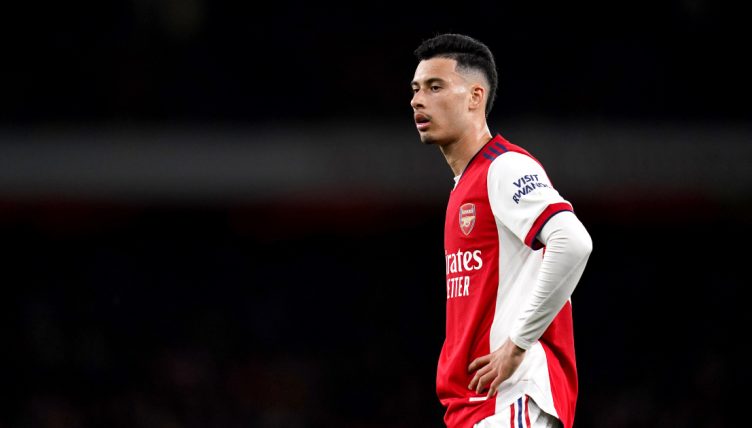 Gabriel Martinelli was denied a first-minute penalty for Arsenal after a collision with Wolves’ Nelson Semedo.

Martinelli was at the centre of refereeing controversy in the reverse fixture between the two Champions League hunting sides earlier this month at Molineux – he was shown two quick-fire yellow cards – and he might feel aggrieved with the decision making of the officials once more.

Almost immediately after kick off at the Emirates, Bukayo Saka danced by Conor Coady inside the box before setting up the Brazilian. The winger seemed certain to fire the Gunners ahead before Semedo desperately lunged in to deny him.

Mikel Arteta’s men are looking to complete the double over Wolves in the Premier League this season. But the Spaniard is aware of the tough challenge that awaits his side this evening.

“Now Bruno has come in and has put the team again on another level. The way they are competing again is remarkable.”

The Gunners will have to be at their best, no doubt. They’ll be hoping Martin Atkinson’s decision to opt against awarding a penalty is not too damaging for their hopes of earning a victory.

A short while after this incident, Wolves took the lead through Hwang Hee-chan after a mistake from Gabriel Magalhaes.