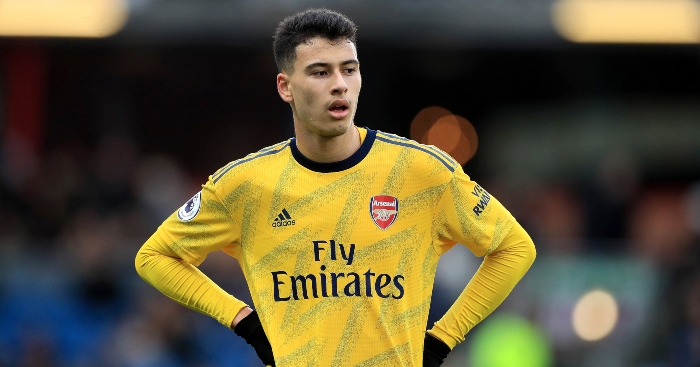 After sustaining a serious knee injury earlier this year, Gabriel Martinelli has not played a game for Arsenal yet this season.

Martinelli, who joined the Gunners in 2019, is back on the training pitch with his team-mates and is looking prolific with his finishing.

The movements are sharp, the touches are precise, and the strikes at goal give Bernd Leno no chance of stopping them – there isn’t much more Arsenal fans can ask for at this stage.

Mikel Arteta already has a plethora of exciting young talents at his disposal, including Eddie Nketiah and Joe Willock, and everyone will now be waiting for the time he can call upon Martinelli.

The teenager already has 10 Arsenal goals, and judging by this video, he will be adding to that tally after getting back onto the pitch at the Emirates.