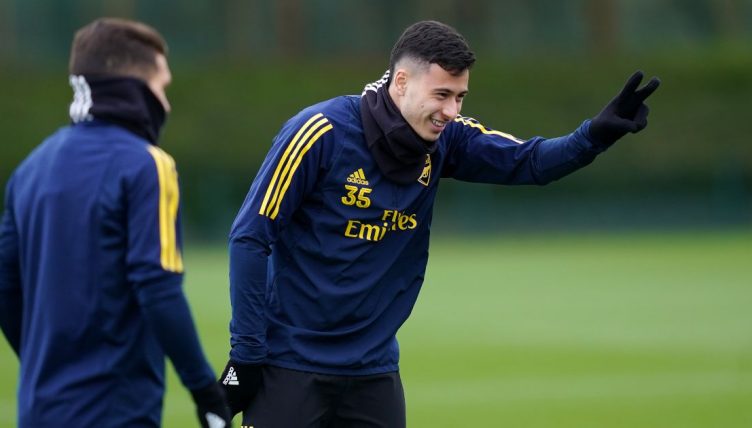 Gabriel Martinelli showcased his potential by scoring an excellent centre-forward’s goal during an Arsenal training session this week.

Martinelli enjoyed a breakthrough season in 2019-20, scoring 10 goals in all competitions and earning himself a new four-year deal at the Emirates.

But the 19-year-old was soon ruled out for six months after undergoing surgery to repair a lesion in the cartilage of his knee.

Despite having returned before Christmas, progress has remained slow for the young striker. Due to start an FA Cup tie with Newcastle in January, Martinelli was forced to pull out after sustained an ankle injury in the warm-up.

Yet hopes remain high at Arsenal that Martinelli can develop into a top-class striker. Judging by his finish in training, they’re justified in their hopes.

After his cameo against Olympiakos in the Europa League, former Arsenal defender Martin Keown told BT Sport: “I thought Martinelli again did especially well when he came on. I don’t see enough of him.”

Maybe the watching Mikel Arteta will feel obliged to give the striker more minutes as the season reaches its climax.