Watch: Martinelli wins the ball back for Arsenal with brilliant pressing 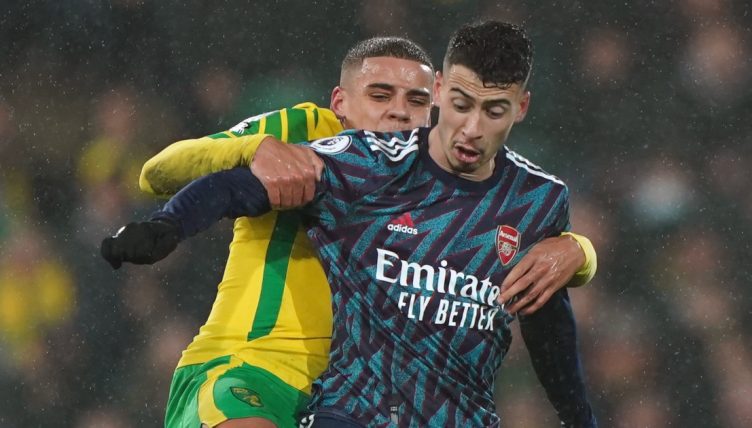 Gabriel Martinelli didn’t get on the scoresheet in Arsenal’s 5-0 win over Norwich City – but did play a key role in their second goal.

Martinelli has been in brilliant form in December, registering four goals and two assists in seven appearances before the Norwich game.

The Brazilian watched on as Bukayo Saka open the scoring at Carrow Road before showing a different side of his game in the 42nd minute.

After Martin Odegaard lost possession in Norwich’s half, Martinelli sprinted across the pitch to win the ball back. Kieran Tierney scored Arsenal’s second goal moments later and they then cruised to a 5-0 win.

“He [Martinelli] trains incredibly hard, he is always willing to do more and he is not scared or afraid to take risks – and that is what I like about him,” Mikel Arteta said earlier this month.

“You cannot play every action at 100mph, it is impossible. It is not very efficient for you because you burn yourself out after a few minutes, and then you’re just chasing a situation and not reading exactly what is needed.

“Gabi is doing much better at that. We have to try to do that without losing the passion, the energy and this capacity he has to just affect the game with the way he acts on the pitch.”