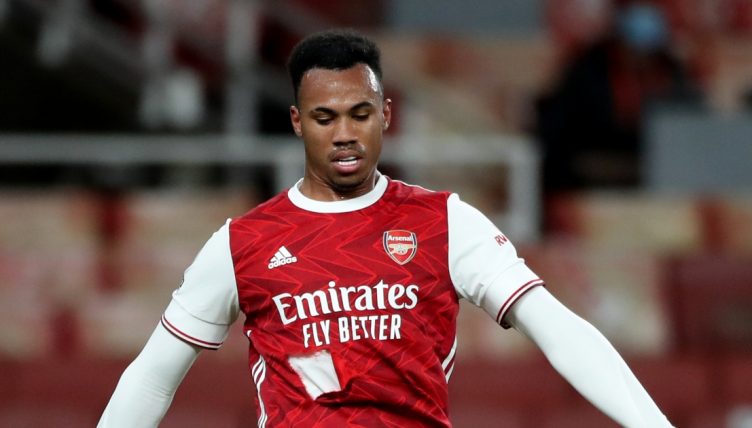 Gabriel produced a late game-saving header to secure a 2-1 win for Arsenal in the North London derby.

Arsenal went into the game seven points behind Tottenham and in desperate need of a result to kickstart their Premier League season.

But they had a good league record at home against their fierce rivals – Tottenham have only won once at Arsenal since 1992.

The game lived up to pre-match expectations and goals from Martin Odegaard, his first from the club, and an Alexandre Lacazette penalty gave Mikel Arteta’s team a 2-1 lead.

But the drama wasn’t over. A late Harry Kane free-kick whacked against the post with Bernd Leno left unsighted.

The ball rebounded out and was met by a sliding Davinson Sanchez.

Sanchez must have thought he’d scored the equaliser but Gabriel blocked his goalbound effort with his head.

Arsenal scrambled the ball away and held on to secure a priceless victory.