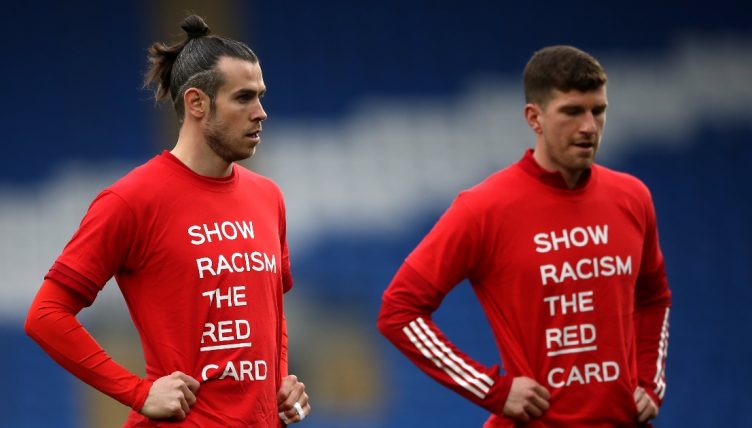 It was a great night for Wales last night, as they took three huge points in World Cup qualifying with a 1-0 win over the Czech Republic.

Wales had played the majority of the match with a man advantage following Patrik Schick’s early red card, but things were levelled up in the 77th minute when Swansea wing-back Connor Roberts was shown a second yellow.

As ever for Wales, it was Gareth Bale who made a telling difference, whipping in the cross for Dan James’ match-winning header in the 81st minute.

Bale is already a hero for Wales, but he’ll have made himself a popular man with plenty of others watching last night’s match for elbowing Ondrej Kudela, the Slavia Prague centre-back alleged to have racially abused Glen Kamara and Rangers in a Europa League match earlier this month.

It was originally thought that Kudela wouldn’t feature in the match, following a statement from Slavia Prague’s legal team: “To aide SK Slavia with co-operating with UEFA and Police Scotland, and out of concern for the safety of Ondrej Kudela, SK Slavia decided in cooperation with the national team management not to release Mr Kudela for the match of the Czech national team in Wales.”

But the decision was reversed, and he was back in the UK 11 days following the incident at Ibrox.

Taking a quick look behind him before jumping for the ball, Bale caught Kudela with a stray limb, and the defender subsequently had to be substituted.

“I’m sure there will be large sections of the football community that won’t be too upset to see him take a blow to the face,” said the Sky Sports commentator.