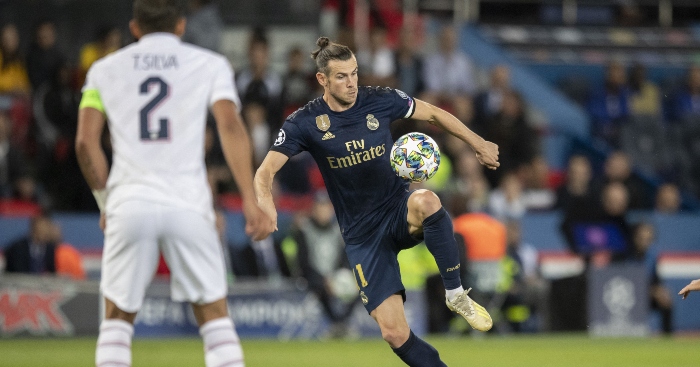 Gareth Bale scored an outrageous solo goal for Real Madrid in their Champions League group stage defeat to PSG – only to see the effort ruled out by VAR for handball.

Having been expected to leave the Bernabeu this summer following a public fall out with manager Zinedine Zidane, Bale has found himself at the centre of Real’s plans after a move failed to materialise.

Real were put to the sword, losing 3-0, with Angel Di Maria scoring twice against his former club and Thomas Meunier adding a late third.

Bale looked to have given Los Blancos hope with a stunning goal in the second half, only for VAR to spot a handball in the build up.

One of the best goals that never was?!

Gareth Bale scores what looked like an incredible effort against PSG 😳

But VAR rules it out for handball 😤 pic.twitter.com/0tjV7gaf0X