Watch: Southgate answers question about Grealish by talking about Mount 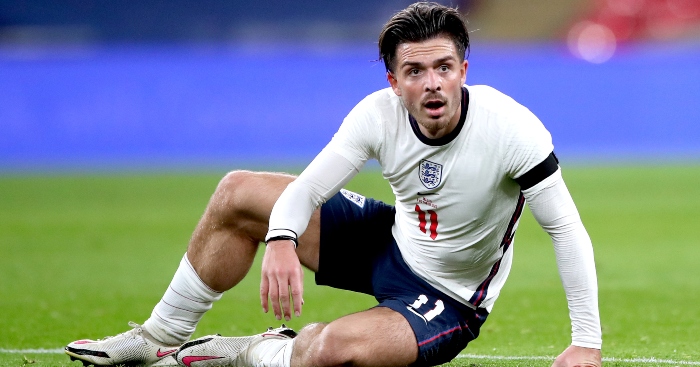 But, make no mistake about it, Southgate has his favourites, too. It is not hard to imagine England lining up for their opening European Championship game next summer with Jordan Pickford in the starting XI.

England managers are also traditionally marked by their conservatism. The likes of Glenn Hoddle and Matt Le Tissier were never quite trusted to replicate their immense talent on the international stage.

Jack Grealish seems to be the modern equivalent of this. Let’s not forget his call-up for the Nations League matches in September 2020 was the result of injuries to other players. For all the plaudits his Aston Villa performances have generated, Southgate seems to view the playmaker with the suspicion of an aging boxer weighing up a younger protégé.

Therefore, his post-match interview after the 3-0 win over Wales should come as no surprise. Grealish delivered an outstanding cross for England’s first goal and was named man-of-the-match after injecting some much-needed creativity into the midfield. Surely Gareth would see fit to praise the Birmingham-native?

Think again. With a detectable weariness, Southgate spends a mere 10 seconds praising Grealish in the manner of a dad begrudgingly praising his son-in-law’s DIY project before turning his attentions elsewhere.

Now, we realise that Mason Mount is also a talented footballer. However, as Southgate waxed lyrical about the Chelsea midfielder’s ability to press, it is clear Mount has captured the heart of the England manager much more effectively than Grealish.

Maybe he’s been burnt by his experience managing Marvin Emnes.

A: Not bad. Mason Mount on the other hand…

Let’s hope that Southgate can work out his best midfield before next summer.