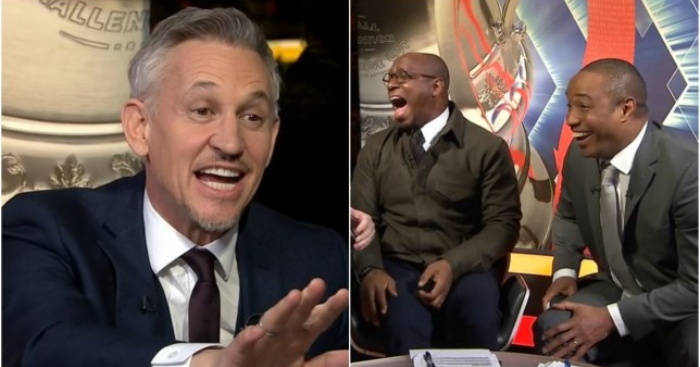 Gary Lineker used Wolves’ 2-1 victory over Manchester United in the FA Cup as an excuse to embarrass Paul Ince live on TV on Saturday.

Goals from Raul Jimenez and Diogo Jota saw Wolves knock United out to reach the quarter-finals of competition, with the Red Devils suffering back-to-back defeats for the first time under Ole Gunnar Solskjaer.

It is the first major set-back for Solskjaer as interim manager, with the Norwegian having made an impressive impact on United’s fortunes since returning to Old Trafford.

But Ince caused a stir in February when he suggested any manager could have made a similar impression to Solskjaer as it was “relatively simple to solve [United’s problems] in the short-term“.

And Lineker reminded Ince of those comments in the wake of United’s FA Cup loss – all while Alan Shearer and Ian Wright p*ss themselves.