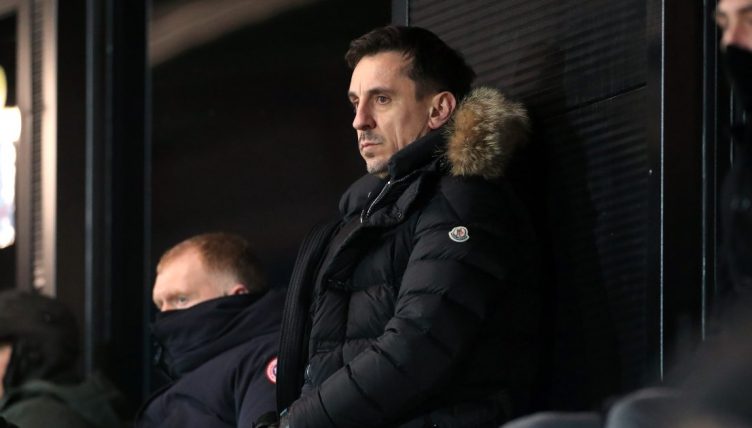 Gary Neville admits he feels “complicit” in the latest developments regarding the European Super League having tried to remain quiet on Manchester United‘s controversial owners, the Glazer family.

Former United hero Neville has often been criticised for a perceived reluctance to condemn the methods of the Glazers, who have invested the least money into their club of all 20 Premier League owners since 2014.

Neville was vocal in his outrage at plans for United to be one of 12 clubs to form a breakaway European Super League on Sky Sports on Sunday and explained his opinions further on Monday Night Football.

The former England international acknowledged that he has perhaps been too quiet on the Glazers in the past. Something tells us that might change.

🗣 "Forget allegiances, forget who you support, they are scavengers, they need booting out."@GNev2 says every football fan needs to come together to stop the 'European Super League' pic.twitter.com/Ggv0gxpFL8