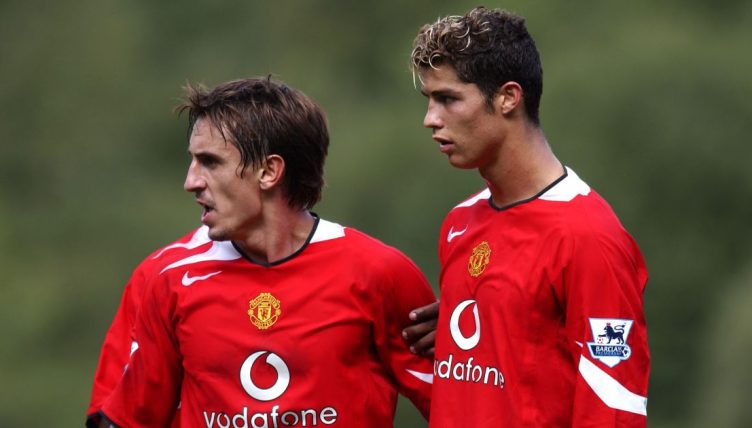 Ronaldo spent six years at Old Trafford, scoring 118 goals in 292 appearances before completing an £80million move to Real Madrid in 2009.

The Portugal international took his game to another level in Madrid and then scored over 100 goals in all competitions during his three years at Juventus.

Despite being linked with a controversial move to Manchester City, he agreed on personal terms with United and has now completed his medical.

Neville and Keane both played alongside Ronaldo during his first spell at the club and are glad to see the Portugal international heading back to Old Trafford.

“There’s no doubt in my mind that he’s a world-class player. The pluses and minuses, I just see the hunger and desires there. It’s not a payday for him. The guy’s worth fortunes,” Keane said on Sky Sports.

“We saw in the Euros won the Golden Boot, the World Cup’s in a year and a half, that’s an incentive for him. He’s only coming back to Man Utd to win stuff.”

🗣"He's coming back to man united to win stuff."

Roy Keane has been swept along with the great news of Cristiano Ronaldo coming back to Manchester United pic.twitter.com/HdqjYzqtSd

🗣"He's probably one of the most intelligent players I've ever seen in my life."

🗣"The guys selfish, he is greedy. We put him up there with Messi and they are born winners. they don't want to relax."

Roy Keane sees a lot of advantages for Man United now Ronaldo is back pic.twitter.com/ce296xRx2G

🗣️ "The whole place will be electric for a few months" ⚡️

🗣️ "The Glazers have done what they always do when they get put under pressure – go and make two or three signings" @GNev2 reflects on Manchester United signing Cristiano Ronaldopic.twitter.com/HH6JCCCE45