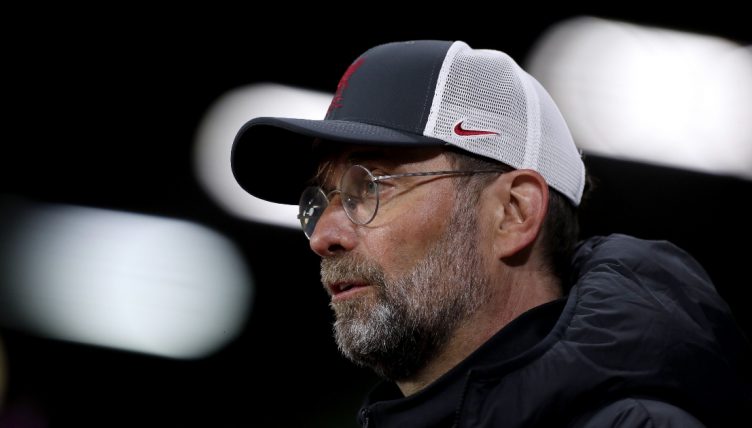 There was a tense mood before and after Liverpool‘s 1-1 draw away to Leeds United on Monday evening, which led Jurgen Klopp to lead an impassioned plea for calm in his post-match interview.

Diego Llorente’s late headed equaliser meant that Liverpool dropped two costly points in the race for the top four, but Champions League qualification may have suddenly been rendered moot by the Super League bombshell.

Sky Sports’ coverage of the match was dominated by discussion over the proposals, which would see Liverpool and 11 more of Europe’s leading clubs break away to form their own competition.

Both Gary Neville and Jamie Carragher were vociferous in their criticism, speaking for an hour before and after the match and not holding back in lambasting their former clubs.

Neville had previously questioned how the proposals tally with Liverpool’s image and their ‘You’ll Never Walk Alone’ anthem, which riled Klopp in his post-match interview, calling out Neville by name.

Watch Klopp’s comments below, followed by Neville’s reaction in the Sky studio.

🗣 "I wish Gary Neville would be in a hot seat somewhere."

Jurgen Klopp was not happy with Gary Neville's comments made about Liverpool surrounding the 'European Super League' pic.twitter.com/rSdoLjHxQP

🗣 "Why is it not fair? Yesterday was nothing to do with insulting Liverpool. I don't know why I'm living in his head."

Gary Neville gives a response to Jurgen Klopp's post-match interview about him pic.twitter.com/EAkDDsinUu