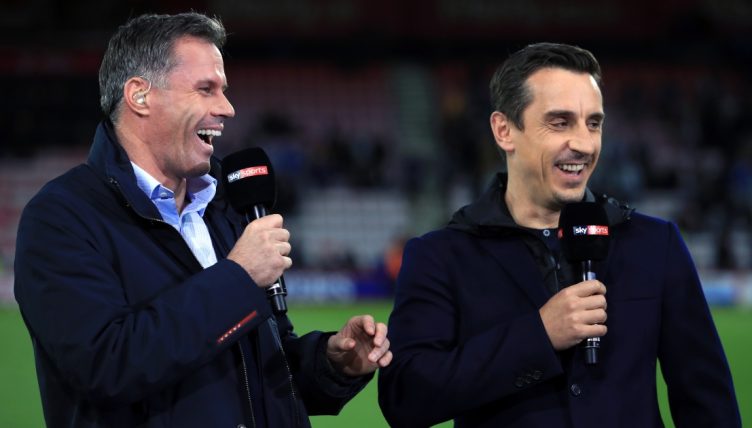 Neville is usually part of Sky Sports’ Super Sunday panel but was surprisingly watching United’s game against Chelsea from home.

“Neville said he didn’t want to do it as he’s not ready to analyse Man Utd without Ole just yet,” Jamie Carragher cheekily tweeted before the game.

The two sides then played out a 1-1 draw at Stamford Bridge but the real entertainment came after the full-time whistle.

Cristiano Ronaldo, who surprisingly started on the bench against Chelsea, was at the centre of a debate between Keane and Carragher.

While Keane felt Ronaldo should always start in the big games, Carragher questioned why they signed him and it got very heated.

Neville hilariously took to Twitter to troll his fellow pundits, laughing out loud as he watched the action unfold.