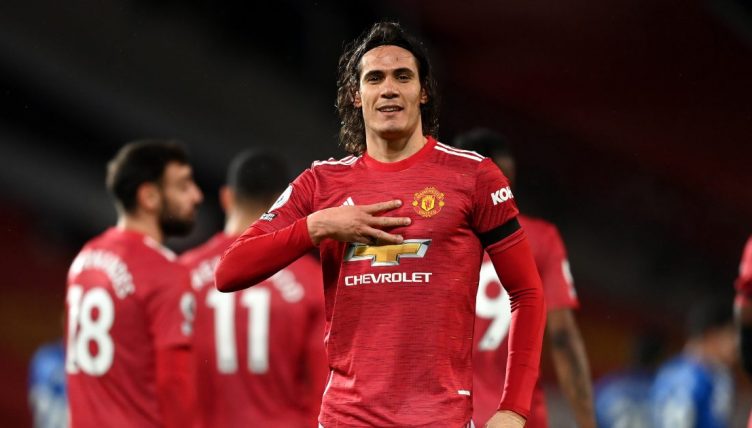 Former Manchester United defender Gary Neville has admitted that he has been proven wrong by Edinson Cavani this season.

United were unable to sign Jadon Sancho from Borussia Dortmund last summer and then snapped up Cavani on a free transfer on deadline day.

He was widely described as a “panic signing” but has silenced his critics this season, scoring 15 goals in 35 appearances in all competitions.

Despite being linked with a move back to his native South America, the striker has now signed a new one-year contract at Old Trafford.

Neville wasn’t convinced when the Red Devils signed Cavani last year but believes his all-round contribution has been invaluable and is delighted to see him extend his stay at the club.

The former United captain now expects Ole Gunnar Solskjaer’s side to try and sign a winger like Sancho rather than a striker in the summer transfer window.

🗣 "He's been absolutely sensational."@GNev2 is delighted that Manchester United have agreed to keep Edinson Cavani for another year pic.twitter.com/E1woHM27m1

🗣 "I think it's [Jadon] Sancho and that's their business done."

@GNev2 doesn't expect Manchester United to try and sign another striker like Haaland or Harry Kane this summer pic.twitter.com/u2u8fUlJl7

Watch: Edinson Cavani tries to sing chant that Man Utd fans made for him