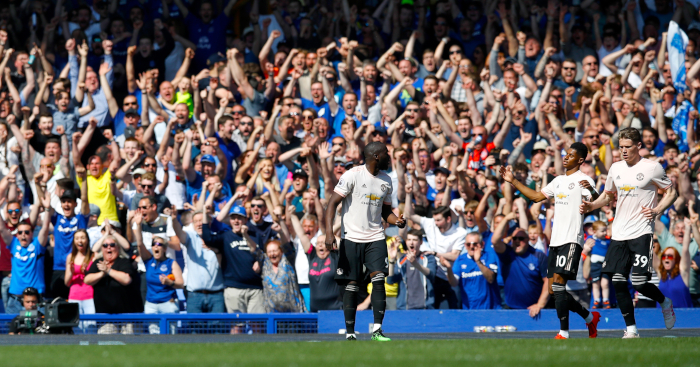 Gary Neville pulled no punches in his assessment of Manchester United‘s players after the Red Devils were thrashed 4-0 at Everton on Sunday.

After being put to the sword by Barcelona in midweek, losing 3-0 in the Camp Nou, United produced another lacklustre display at Goodison Park which seriously damaged their hopes of finishing in the top four of the Premier League.

First-half goals from Richarlison and Gylfi Sigurdsson left United with a mountain to climb, and things only got worse after the break as Lucas Digne and Theo Walcott added a third and fourth.

And Neville was scathing in his analysis of United’s players on Sky Sports, bemoaning the fact Manchester City and Liverpool have “far better players who work twice as hard”.

😡 – "I'm furious, to be honest with you."@GNev2 says @ManUtd's performance today was "embarrassing" and compares the work-rate to that of @LFC and @ManCity.