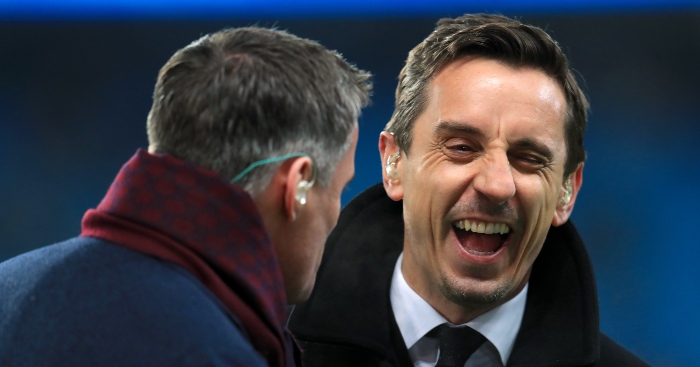 Liverpool’s 44-game unbeaten streak in the Premier League is over and nobody is happier than Manchester United legend Gary Neville.

The Reds are at the top of the table and had only dropped two points all season but they finally came unstuck away against relegation-threatened Watford.

The Hornets were the better team and made the breakthrough in the second half when Ismalia Sarr poked Abdoulaye Doucoure’s cross into the net.

Sarr was then put through on goal a few minutes later and the winger showed great composure to lift the ball over Alisson and double their lead.

Troy Deeney added a third to complete the famous victory for Watford, curling the ball into the back of the net from the edge of the area.

Unsurprisingly, Neville revelled in Liverpool’s rare setback and accused them of bottling it before opening up a bottle of champagne to celebrate!

Watch the videos below.