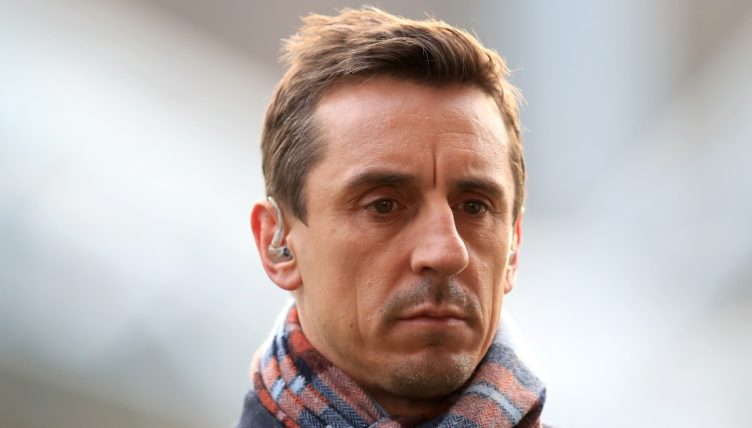 Gary Neville has continued to speak out against the Glazer family’s ownership of Manchester United after protests forced their Premier League match against Liverpool to be postponed.

The Sky Sports pundit, who was fiercely outspoken against the aborted European Super League, said he understood the frustration of Manchester United supporters who were involved in large-scale disruption at Old Trafford on Sunday.

Neville was at the stadium today and told watching Sky Sports viewers that: “I think all football fans should unite today behind what Manchester United fans have done because honestly what [the Glazers] did two weeks ago was really dangerous for English football – we must not forget that.”

“Let’s not forget what we’re arguing about here. Today there is anger, I would hope tomorrow it switches to mobilisation towards reform and regulation and behind a fan-led review.”

Good on @GNev2
Club ownership is not like buying the local chip-shop
Time to regulate & reform
Putting the fans at the centre pic.twitter.com/YUB982Fv8v