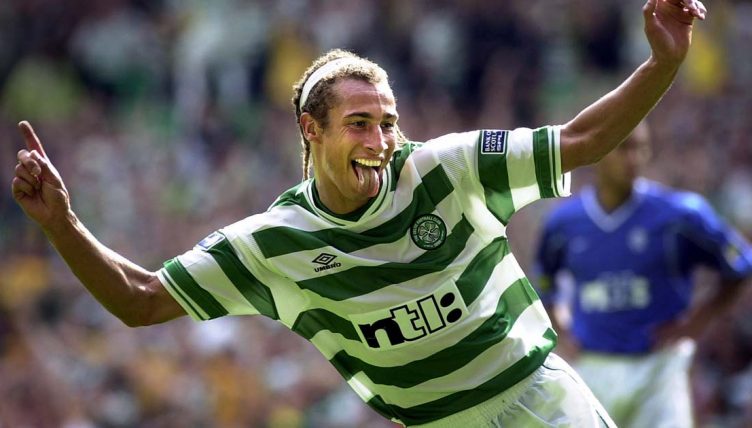 To kick off 2022, BenHD got his first chance to check out Henrik Larsson in the latest episode of our football legend reaction series on YouTube – and Larsson certainly delivered.

As Ben only started to watch football in 2007, we’ve made it our mission to catch him up on all the iconic footballers of years gone by that he was too young to witness in their prime.

Widely considered to be the best player to have ever played in the Scottish Premiership, Larsson scored 242 goals in 313 appearances for Celtic between 1997-2004.

He won eight trophies while he played in Scotland, including four league titles as well as winning five golden boots.

After leaving Celtic he went on to join Barcelona where he won two La Liga titles and the Champions League in 2005-06.

Larsson also helped Sweden to a third-placed finish in the 1994 World Cup and is Sweden’s fourth-highest all-time top scorer with 37 goals in 106 appearances.