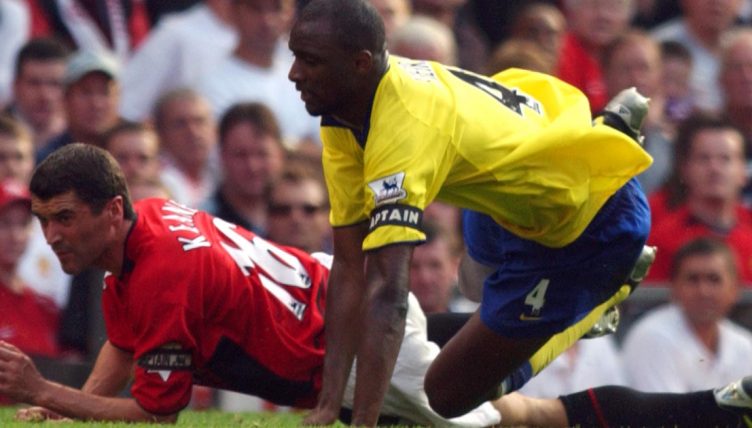 Roy Keane v Patrick Vieira was perhaps the greatest midfield Premier League battle we have ever seen and Ben got to experience it for the first time in our YouTube legends reaction series.

In the last episode of our legends reaction series, Ben checked out Maradona and Pele for the first time and this time we’ve got a Premier League classic for him.

When Arsenal and Manchester United were the dominating forces in English football, the midfield battle between Roy Keane and Patrick Vieira was quite the spectacle.

Roy Keane made over 300 Premier League appearances for Manchester United between 1993-2006 and he won seven league titles during that span.

Keane was known for his tough tackling nature and no-nonsense attitude but he also chipped in with a fair few goals, as he scored over 50 goals throughout his Man United career.

Patrick Vieira was his French counterpart who played for Arsenal from 1996 to 2005.

Vieira scored 34 goals for Arsenal in 406 appearances and he won three Premier League titles during his time with the gunners.

Both players rank among the most booked Premier League players of all time with Keane picking up 69 bookings and Vieira managing to accumulate 78 yellows.

Ben might have been too young to witness Keane vs Vieira in the flesh, but this reaction is the next best thing.