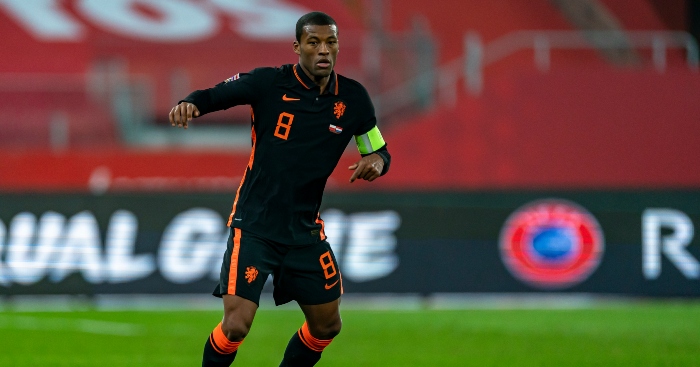 While Georginio Wijnaldum is not a prolific scorer at club level with Liverpool, he is currently on a ridiculous goalscoring run for the Netherlands.

Since joining Liverpool from Newcastle United in 2016, Wijnaldum has scored just 14 goals in 149 Premier League appearances.

The midfielder still plays an integral role in Jurgen Klopp’s side, becoming an industrious all-rounder who often does the work that doesn’t get noticed.

With the Netherlands, he plays in a more advanced position and is able to showcase his ability to find the back of the net.

After scoring a brace against Bosnia last week, the 30-year-old then netted the winner against Poland, heading in Steven Berghuis’ corner to seal back-to-back wins for new coach Frank de Boer.

He now has 13 goals in his last 20 appearances for the Netherlands.