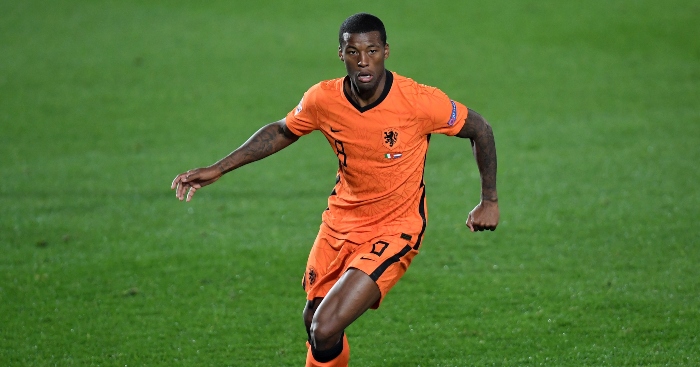 Despite celebrating his 30th birthday on Wednesday, Georginio Wijnaldum was left embarrassed by one of his Netherlands’ team-mates.

The Liverpool midfielder played 45 minutes of his country’s 1-1 draw with Spain, captaining the team in Virgil van Dijk’s absence.

“Of course it is great to represent your country in this way,” Wijnaldum said after the game. “But I would have preferred for Van Dijk to have been here. Then he would have been the captain instead.”

Wijnaldum was substituted at half-time ahead of their upcoming Nations League fixtures, while Memphis Depay was replaced in the 79th minute.

After leaving the pitch, the former Manchester United forward gave fist bumps to his team-mates on the bench but accidentally left Wijnaldum hanging.

The 30-year-old attempted to style it out and kept his arm out until Memphis came back to put things right.