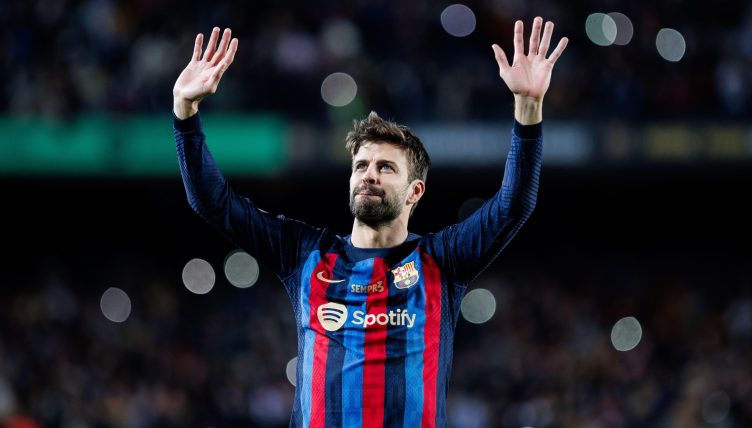 Gerard Pique saw red in his last-ever game, despite not even playing, as 10-man Barcelona came from behind to beat Osasuna 2-1 and extend their advantage at the top of La Liga.

Pique, named among the substitutes after announcing last week this would be his final match before retirement, was sent off at half-time for remonstrating with referee Jesus Gil Manzano.

At that stage, his side were trailing to David Garcia’s sixth-minute header, and had seen Robert Lewandowski sent off for a second bookable offence with half an hour gone.

Despite Barca’s comeback, Pique’s dismissal was the main talking point after the match in northern Spain. The 35-year-old, who had enjoyed an emotional farewell at Camp Nou against Almeria last Saturday, exited the stage in spectacular fashion.

The World Cup winner sought out match officials on the field at the half time whistle, and then in the tunnel, after feeling like a string of decisions had gone against Barca.

The referee’s report claimed Pique said: “You are the referee who has most screwed Barcelona by some distance. You are a f**king disgrace.”

Some will see this as an undignified end to a distinguished career but there’ll be plenty of others that reveled in Pique giving the referee an earful.

Either way, his glittering career at Barcelona, which saw him win three Champions League trophies, eight LaLiga titles and seven Spanish cups, has now ended on a sour note following his half-time sending-off at the El Sadar Stadium.

READ NEXT: The highs & lows that made Pique go from Man Utd outcast to Barca icon

TRY A QUIZ: Can you name Barcelona’s XI from Gerard Pique’s debut in 2008?