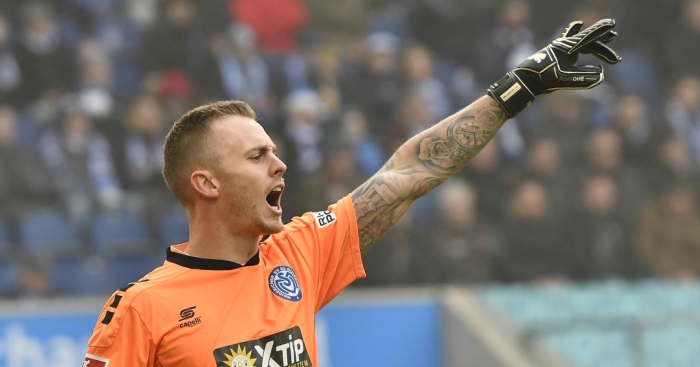 There have been no shortage of terrible goalkeeping errors over the years, but this may top the lot.

We all remember goals which should never have been goals, where goalkeepers just lose their head for a moment.

And Duisburg’s Mark Flekken can now add his name to the extensive list of those etches in everyone’s memories for the wrong reasons.

The German stopper allowed Ingolstadt’s Stefan Kutschke to score the most bizarre of equalisers in their Bundesliga 2 clash on Saturday – while he was in the back of his goal heading for a drink.

Fortunately it wasn’t too costly, as his side came back to earn a 2-1 victory.