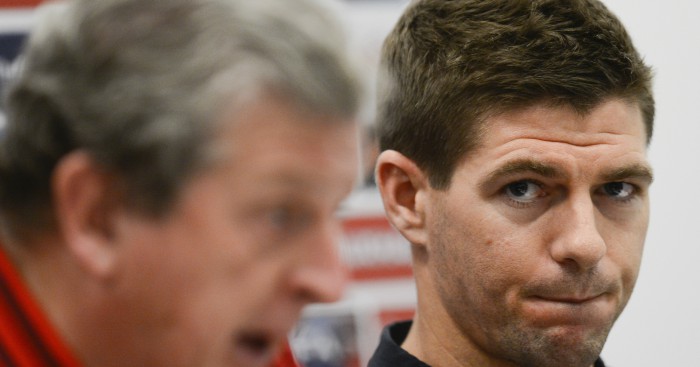 Steven Gerrard has said playing under Roy Hodgson at Liverpool was “uncomfortable” for the players.

Hodgson endured an unhappy spell in charge of Liverpool during the 2010-11 season.

A number of poor signings arrived in the summer window and the Reds found themselves in the relegation zone after seven matches, while they were also knocked out of the League Cup by Northampton Town.

Speaking to BT Sport, Gerrard admitted Liverpool’s players were affected by the tension in the crowd as supporters clamoured for Kenny Dalglish to replace Hodgson.