Watch: Gerrard rolls back the years with great finish in Rangers training 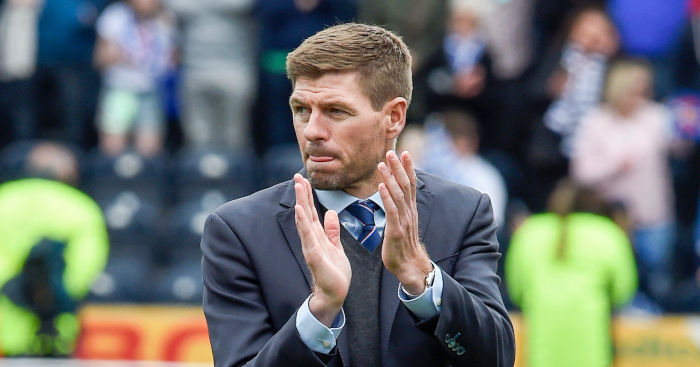 Steven Gerrard showed form is temporary but class is permanent in Rangers training as the former Liverpool captain rolled back the years with an excellent finish.

Gerrard is preparing for his second season as Rangers manager after an encouraging debut campaign in the dugout.

Taking the Rangers job was presented as something of a risk for Gerrard, but the former Reds icon impressed in guiding the side to second while picking up some encouraging results both domestically and in Europe.

The 39-year-old still has some class on the ball, however, as he demonstrated with a tidy finish in Rangers training ahead of the 2019-20 campaign.

We really, really want to see him give himself a run out in the first team next season.