Watch: Gerrard says Morelos is ‘dancing with his top off to Sweet Caroline’ 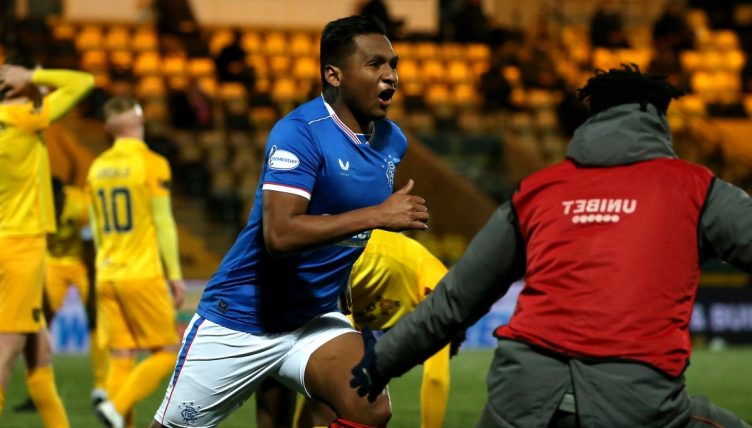 It was an eventful night at the Tony Macaroni Arena as Rangers secured a 1-0 win over Livingston to move 18 points ahead of Celtic at the top of the Scottish Premiership.

Steven Gerrard was sent off at half-time after fuming at the referee for booking Alfredo Morelos for a perceived dive, and had to watch the second half from the stands.

Livingston defended stoutly to frustrate Celtic, picking up six bookings while doing so, but eventually Gerrard’s men found their breakthrough in the 87th minute – with Morelos grabbing the match-winner.

The Rangers boss gave an honest assessment after the match, and was asked about his Colombian striker’s action-packed night. His response?

“Don’t worry about Alfredo, he’s just scored the winner, he’s dancing round with his top off to Sweet Caroline”
What an image.

“Don’t worry about Alfredo, He’s just scored the winner and he’s dancing round with his top off to sweet Caroline” pic.twitter.com/E4G1tEnwyO

Liverpool, Rangers and the bizarre mid-season six-a-side tournament of 97