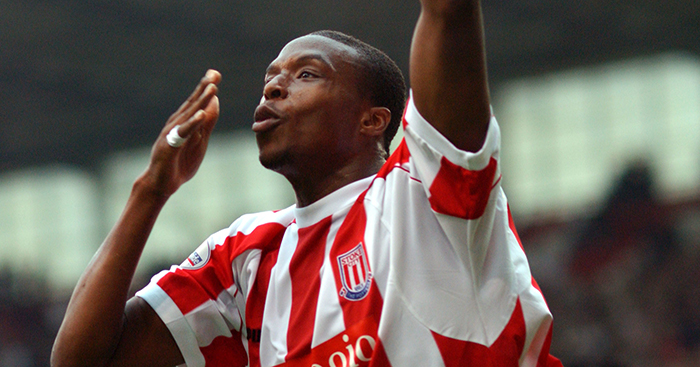 Gifton Noel-Williams has said he believes his managerial career has been hampered by racial prejudice.

Noel-Williams, 40, made more than 400 appearances during his playing career for clubs including Watford, Stoke and Burnley before he hung up his boots in 2015 and moved into coaching.

However, five years later, brief appointments as the manager of non-league Burnham and Codicote are all he has to show for his efforts.

Asked if his coaching opportunities in England have been affected by his race, Noel-Williams told Sky Sports: “Yes, yes, if I want to be honest.

“I think when you are a player, it is different. The generation before us fought that battle, and as a player, it was quite even. If you look in the academies, there is a big number of BAME players and of all different nations and colours, so that part as a player is not so much in the forefront anymore.

In June, the Premier League, English Football League and Professional Footballers’ Association (PFA) announced a scheme to increase the number of black, Asian and minority ethnic coaches in the game.

But Noel-Williams says it needs to be made plain what the recruiting procedures are as the first step to addressing the lack of BAME coaches at the elite level, arguing the grey areas of recruitment create an environment where bias can operate unchecked.

“There is not a lot of transparency in how people are recruiting, how they are getting jobs and picking people,” Noel-Williams said.

“I think that is one of my biggest problems. You know you go for interviews, and you find out that a young 23-year-old who just came out of university has got the job. Now, fair play to that person you know, I’m not bitter about it.

“Fair play to that person but I think, ‘Well I’m much older, I’ve got experience of life, I’ve played football and I’m doing my coaching badges.’ I’m not just some ex-player saying, ‘I deserve a job because I played football.’

“I’ve done my grassroots, I’ve done my under-6s, under-7s and under-12s, I’ve coached all the way up to men’s football. I’ve done the hard work behind the scenes. So I just feel that there are jobs out there that I could get that I’m not getting.”

Noel-Williams helped Watford break into the Premier League for the first time as a player, but he has found breaking into the world of elite coaching far more difficult.

However, Noel-Williams insists he isn’t disheartened by his experience and remains determined to make something of his coaching and managerial career.

When asked what effect the job searching and recruitment procedures have had on his morale, Noel-Williams said: “I’m a different kind of a person, that just gets me more hungry, that drives me on even more.

“For the simple fact that I’ve been told no so many times, and so many doors have been closed in my face. I’m ready to do what I’ve got to do to kick down the door or to open it nicely, politely.

“And that means by me educating myself, me being the best I can be and me being sure that when the opportunity does come along and I do get a job, I step into that job, and I perform and do a good job, and people understand that I have knowledge, I understand football, I have empathy to players and I understand players and the player’s needs plus I love the game, and it is my life.

“I know that I’ve got to be ready, other coaches in my situation have to be ready so when they get that opportunity they can go for it, and they can prove to everyone that it’s not about colour, it’s just about who is the best for the job and the best one for the job one day will hopefully be me.”