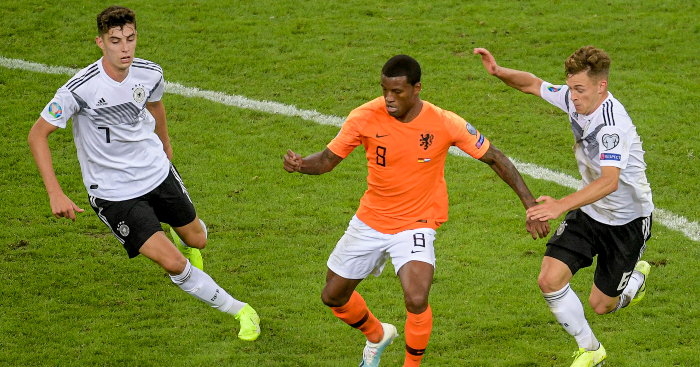 Liverpool‘s Georginio Wijnaldum put in a brilliant performance as the Netherlands went away to Germany and won 4-2 in Friday night’s Euro 2020 qualifier.

The famous old rivals have played out some cracking games over the past 18 months, and last night the Dutch got revenge for the 3-2 defeat they suffered against Germany back in March, which followed a 2-2 draw and 3-0 Netherlands win in last year’s Nations League.

He capped off his excellent night by starting and finishing a counter-attack to put the result to bed in injury time, having provided the assist for Donyell Malen to make it 3-2.

But one of his real moments of understated genius came as he pirouetted out of trouble to keep possession with opposition players trying to get the ball off him.