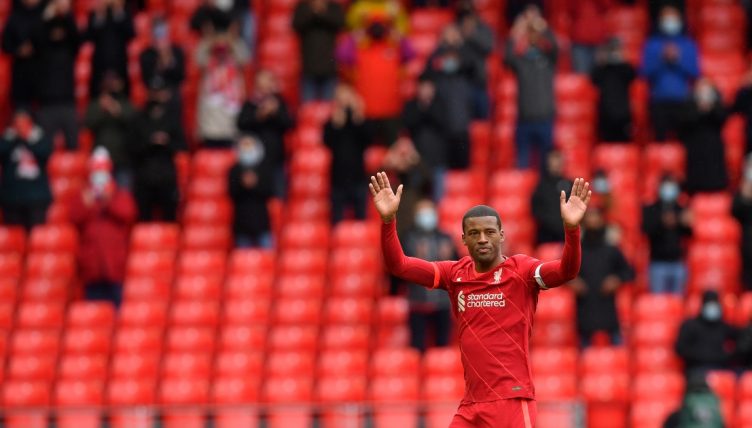 Gini Wijnaldum was given a standing ovation at Anfield as he was substituted during his final Liverpool appearance.

After 236 appearances for the club during a trophy-laden five-year spell, Wijnaldum announced he would be leaving Anfield at the end of his current contract this summer.

And the Netherlands midfielder was given a standing ovation, guard of honour and celebratory plaque after his final appearance on Sunday.

Speaking after the 2-0 win over Crystal Palace that secured Champions League qualification, he told reporters: “I’m fighting against tears right now. The people in Liverpool have shown me love during the five years. I will miss them, you know?”

“It’s really special. Since I’ve joined the fans have sung my name,” he added.

“Week-in, week-out they saw I was giving 100% to give everything for this club. That’s what the supporters want to see and that’s what they appreciate from me. It is something I’m going to miss.”