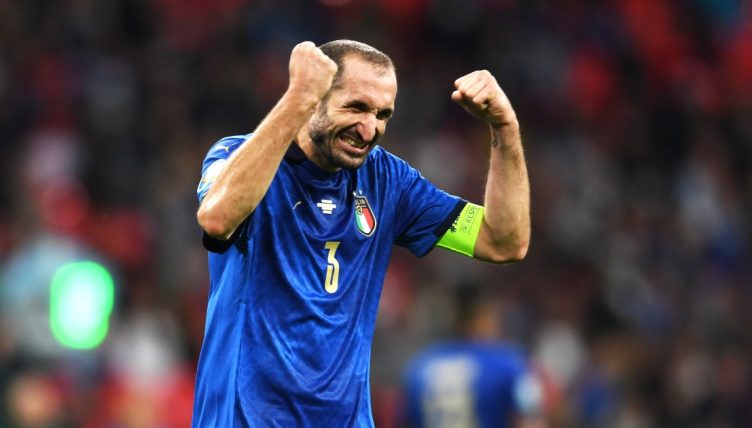 Italy may have been taken all the way by Spain in their Euro 2020 semi-final but we should have known they’d progress when we saw Giorgio Chiellini ‘bully’ Jordi Alba before the shoot-out.

Tuesday’s semi-final at Wembley was arguably the best game of an outstanding tournament. Both Italy and Spain contributed to an epic match that exhibited high-quality play with moments of drama.

And the two old rivals entered a penalty shoot-out following the 1-1 draw over 120 minutes.

As Chiellini and Alba, the two captains, stood with German referee Felix Brych to decide who would take the first penalty the Juventus defender saw an opportunity to gain the psychological upper hand.

He started to laugh and joke about before playfully punching Alba in the face and giving him a bear hug.

It’s safe to say the Barcelona full-back was not impressed and Chiellini knew that he’d got inside an opponent’s head.

Italy went on to win the shoot-out 4-2 and will play either England or Denmark in Sunday’s final.

Where are they now? Spain’s XI from their Euro 2008 QF win over Italy