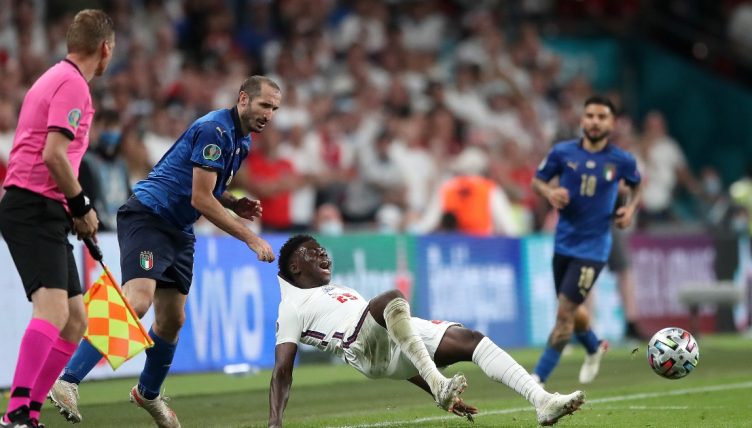 Giorgio Chiellini made sure Buakyo Saka wouldn’t go past him with a cynical shirt tug during the Euro 2020 final.

Italy and England had battled to a 1-1 stalemate as the final match of the tournament entered extra-time.

But the veteran Juventus defender Chiellini didn’t fancy his chances in a foot race against the 19-year-old Saka.

And the Italian centre-back responded in a way that would make the likes of Paolo Maldini and Franco Baresi proud.

With Chiellini already having lost an extra yard on his opponent, he responded by tugging on Saka’s collar and successfully slowing him down.

Saka fell to the turf and the Juventus man gratefully accepted a yellow card.

Many will see Chiellini’s actions as typical of the best of Italian defending – knowing when to take one for the team and going any lengths to stop your opponent.