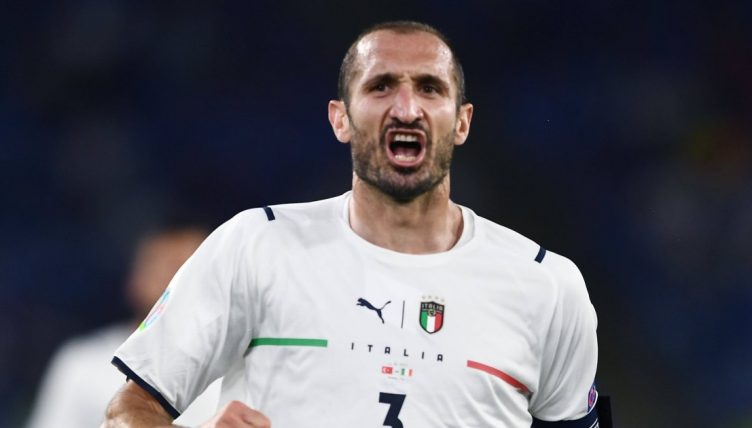 Italy and Turkey clashed in the opening match of a long-awaited Euro 2020 at the Stadio Olimpico, and Giorgio Chiellini nearly got them off to the perfect start.

The Juventus veteran was made captain of the Azzurri by Roberto Mancini and belted out the national anthem after Andrea Bocelli delivered a stunning version of Nessum Dorma in the opening ceremony.

Italy came into the clash having won all of their qualifying games and were unbeaten in 27 heading into the opener, but with Ligue 1 goal machine Burak Yilmaz in the Turkish ranks, there was always a threat.

But when a corner was swung in by Lorenzo Insigne Chiellini found himself with the freedom of Rome, meeting the corner well and his header looked destined for the top corner.

Ugurcan Cakir had other ideas, springing to his left to tip the header over the bar to keep the scores 0-0.

Take a look at the world-class save below…

Giorgio Chiellini has come the closest to finding the net so far.